What’s Next in the Commercial Growth of Fourth Avenue 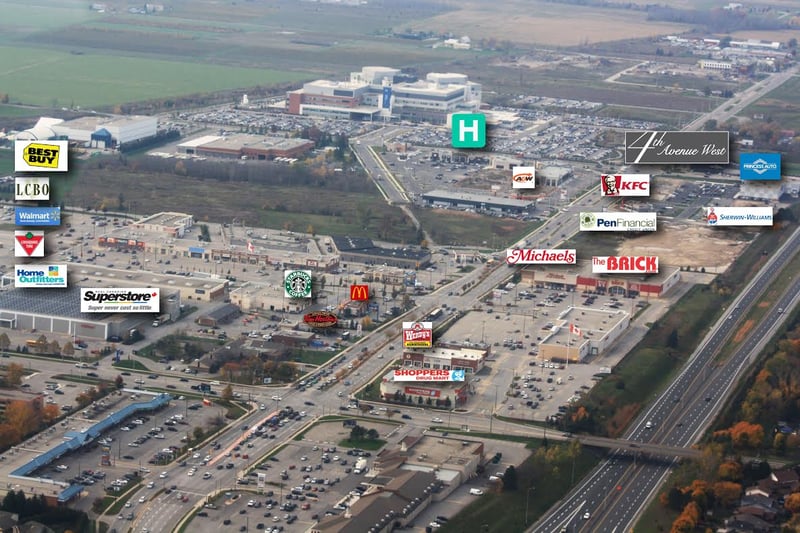 Fourth Avenue in St. Catharines is the city's fastest growing commercial node. Construction of the new Niagara Health System (NHS) site was a deciding factor for many investors to begin construction on the vacant lands that surround it. As of the beginning of this year, there are three large in-construction/established commercial projects that mark these lands including First Place, Fourth Avenue West Shopping Centre and the Pathstone Mental Health Building.

These new additions have further cemented Fourth Avenue as a major commercial/retail destination within the city joining the likes of retail giants at Glendale Ave., Lake St., Geneva St. and Ontario St.

Fourth Avenue started to take off as a desirable retail destination with the development of the two St. Catharines West Smart Centres. The lands on which the Centres reside were rezoned from industrial to commercial to allow for the jump-start of commercial development in the city's west end. These centres became integral to the growth of Fourth Avenue in St Catharines and helped support the growing residential community along Vansickle Road.

The Smart Centres offer over 350,000 sq. ft. of retail space and house anchor tenants including WalMart, the SuperStore, Best Buy, The Brick and Michaels.


New Phases for the in-Construction Plazas 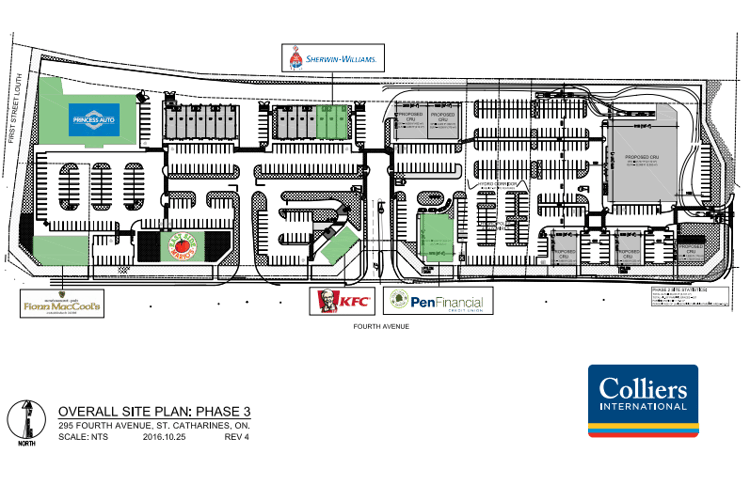 The opening of the NHS site kick started a phase of construction along Fourth Avenue. Though businesses are in operation at First Place and Fourth Avenue West Shopping Centre, they represent just Phase One of the growth of the plazas. In the case of Fourth Avenue West Shopping Centre (295 Fourth Avenue), there are an additional ten buildings in construction that will round out the commercial offerings within the plaza. Announced additions include the a new headquarters for PenFinancial Credit Union and a Sherwin Williams store. The Class A retail space will house businesses both small and large by offering leaseable space between 1,200 and 30,000 sq.ft. 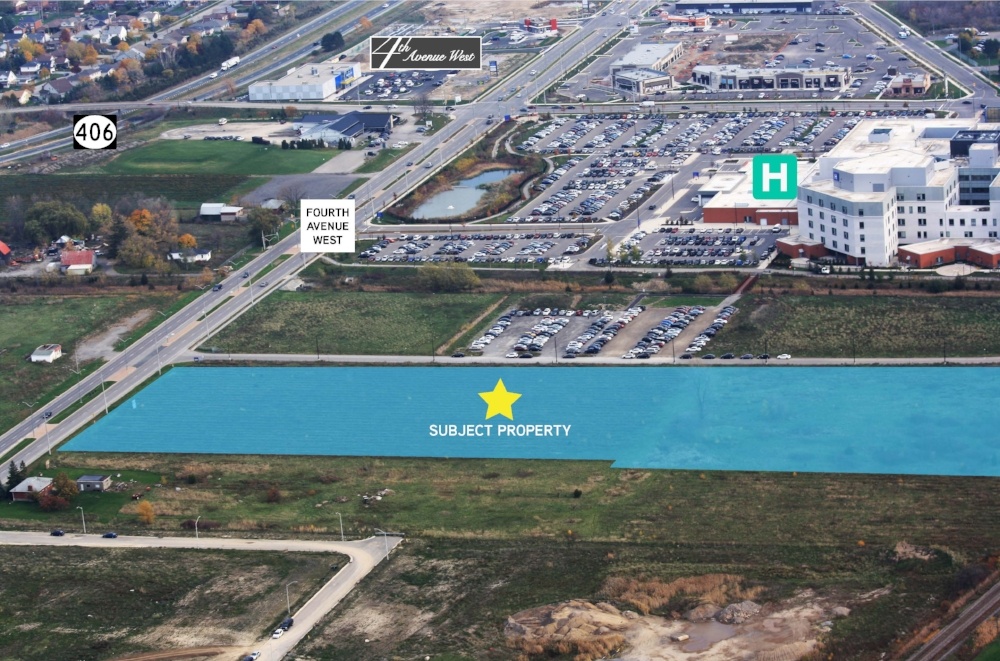 There is opportunity for continued growth west of the NHS site and adjacent to the new Pathstone Health Building. Plots of land at both 1262 Fourth Avenue and 1290 Fourth Avenue are primed for development. Currently on the market, the development sites will support businesses zoned under E1 Business Commercial. The sites offer walking distance access for visitors of the NHS site and the Pathstone Health Centre.

To learn more about the commercial, retail and development opportunities along Fourth Avenue in St. Catharines connect with Greg Chew below.