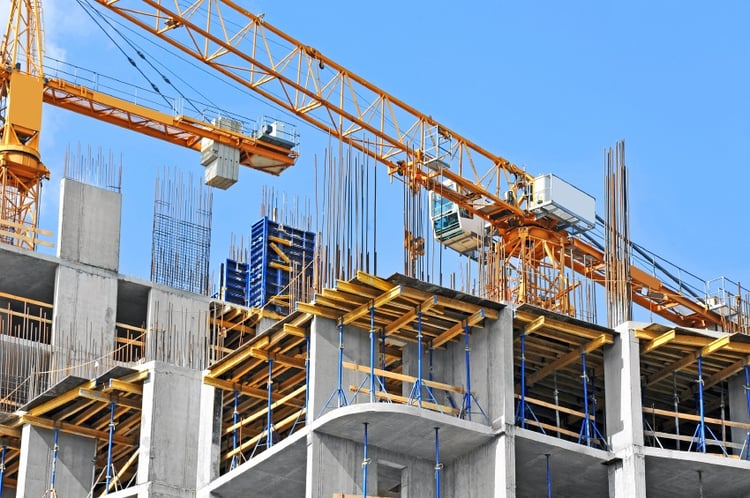 The bulk of building permits belong to residential developments, sitting at around 85%. That translates to $770 million worth of residential permits. This number is ahead 32% of Hamilton’s three year average.

The housing boom in Hamilton, which includes both single family dwelling and new modern condo towers, is directly reflective of Toronto based employees desire for a location that is both affordable and driveable.

Large multi-dwelling projects of note include the Royal Connaught in downtown, which I covered in a previous blog here.

Commercial and industrial permits only account for 15% of building permits, around $230 million. This is down almost 50% from last years permits; city officials point to a lack of employment land, for the decrease in industrial investment. If and when the US Steel land becomes available and once the lands around the airport are serviced, the building permit numbers should sway higher again for commercial and industrial development in Hamilton.

The actual number of permits issued (both commercial and industrial) is up, by approximately 9% however the value as stated above is not.

The city's overall economic strategy looks to attract more business in order to maintain a community in which residents can both live and work. Hamilton must rely on it’s positive positioning going forward as the desirability of the city is hinged on its economic viability. The new LRT boasts well for Hamilton's continuing development boom. For more information on commercial real estate in Hamilton connect with me below.