Flight service between Toronto and Niagara to begin in September 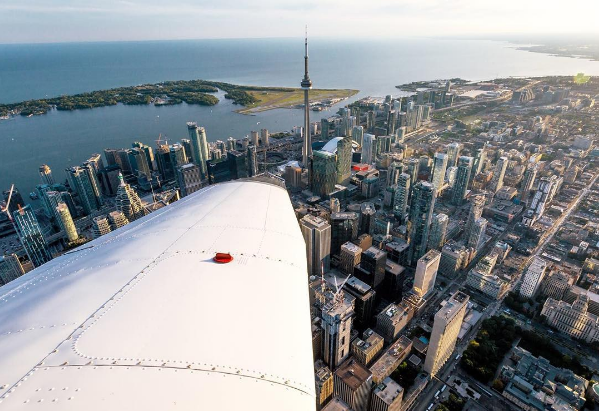 Cost of flight service between Toronto and Niagara

Greater Toronto Airways will operate six and eight-seater executive plans for the flight service, which begins on September 15th. Traditional flight service with GTA ask that passengers arrive 15 minutes prior to your flight and the flight itself should take 12 minutes. The company's website advertises snacks on board for the short flight. Security is done on-board at random, so traditional airport delays are greatly reduced.

GTA’s business plan seeks to service business travel initially before expanding into the tourist market. The flight should shorten commute times and effectively shuttle business persons between Toronto and Niagara. Viability for the service is because of Niagara residential growth, as many Torontonians are starting to migrate to Niagara for retirement and cottaging.

From a Niagara perspective

This new flight now offers an air connection to international destinations through Toronto’s airports. At a regional level, surveys and studies of Niagara residents suggested that air passenger service and a commercial airport was wanted within the community. In facilitating flights between Niagara and Toronto, the Niagara District Airport Commision sees the service as an opportunity to grow our local economy by providing business and leisure air travel that connects Niagara to major markets.

GTA offers a number of flight services including chartered flights, direct flights and tours. The company currently runs a Toronto sightseeing tour with Niagara return flight that allows tourists to enjoy lunch and wine tasting in Niagara wine country. The company will also offer flight service between Toronto and Collingwood for those travelling to Muskoka.